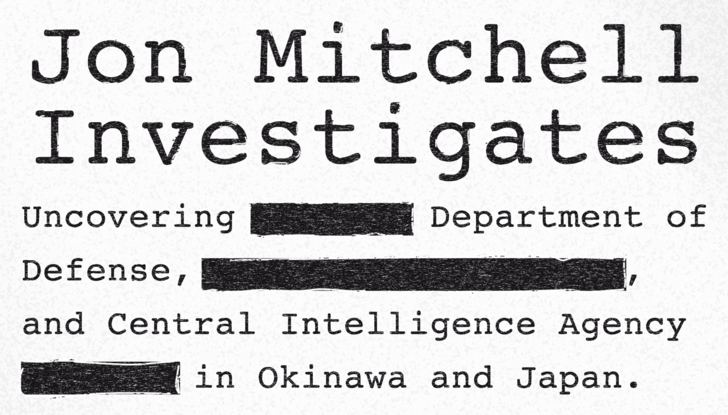 Originally published in Japanese, these articles by Okinawa Times special correspondent, Jon Mitchell, are based on documents obtained under the US Freedom of Information Act, and interviews with whistleblowers and former service members. They uncover how the Department of Defense, Department of State, and Central Intelligence Agency operate in Okinawa Prefecture and elsewhere in Japan.

Today, Okinawan communities host 31 US military facilities which impact residents’ lives via environmental contamination, aircraft accidents, and crime; these problems also harm the tens of thousands of US service members, members of the civilian component, and dependents living on the island. Due to US-Japan bilateral agreements, however, there is little transparency and even less accountability. Given these obstacles, investigative journalism is one of the only ways to uncover what the authorities would prefer to remain hidden.

By making these articles available in English, it is hoped that more people will be able to understand the everyday dangers experienced by the communities which bear the burden of the US-Japan Alliance.

Jon Mitchell can be contacted via this link.